A Prescription for Murder?

There has been much hype about last week’s BBC Panorama Programme, A Prescription for Murder? which investigated the mass killings at the 2012 midnight premiere of a Batman movie in Aurora, Colorado by twenty-four-year-old PhD student James Holmes. The programme asks “Did the SSRI anti-depressant he had been prescribed play a part in the killings?” and “Is enough is known about this rare side effect, and are doctors unwittingly prescribing what could be a prescription for murder?”

James Holmes had social anxiety and homicidal thoughts, which became increasingly delusional when he was prescribed the SSRI antidepressant sertraline. James suddenly stopped taking the medication some weeks before he murdered 12 people and injured 70 others by shooting at the cinema in Colorado.

The programme asks if his taking sertraline and its subsequent sudden withdrawal precipitated his psychotic break and the mass killings. Professor David Healy from the UK said,  “I believe if he hadn’t taken the sertraline he wouldn’t have murdered anyone.”, while court psychiatrist Dr William Reid who interviewed Holmes before the trial said he thought the killings were a result of mental illness and “completely unrelated to the medication.” Clearly, opinion differs in this case and the defence counsel thought the jury would not accept the argument of diminished responsibility due to the effect of taking sertraline, and instead went for diminished responsibility due to mental illness.

While, in this case, the judge did not rule on whether SSRIs played a part, there are other cases where the judgement has implicated SSRIs. After a  Winnpieg teenager stabbed his friend to death in 2009, the judge ruled “his mental deterioration and resulting violence would not have taken place without exposure to Prozac”. This year a judge threw out a challenge to the scientific evidence that SSRIs cause suicide, affirming an award of $1.4 million to the survivors of a basketball coach Joseph Mazella, who stabbed himself to death while taking paroxetine (an SSRI) and olanzapine (an antispsychotic).

Even before the programme had been broadcast it started attracting criticism as SSRI users rushed to attack the programme on Twitter. After broadcast Sophie Davies, writing in the Huffington Post, complained the programme “served to perpetuate the ignorant societal stereotype that people suffering from mental illnesses are abnormal, violent and dangerous” and urged SSRI users to “not feel ashamed about a successful treatment option”.

However, there is another stereotype that needs addressing: that there are people who are mentally ill who need medicating and the rest of the population are normal. In my opinion there is a spectrum of mental disturbance and any of us can be anywhere along that spectrum at any one time. While medication can help some people, clearly others are driven further along the spectrum toward psychosis.

The case presented by Panorama does raise important questions about the role of SSRI medications:

In response to the Panorama programme, Stephen Buckley, Head of Information at Mind said, ““Millions of people take SSRIs and other antidepressants and many find them useful in managing their mental health problems. Side effects from medication can be serious but it’s important to recognise that severe side effects such as those explored in this programme are incredibly rare. Anyone prescribed medication for a mental health problem should be fully informed about the drug and its side effects so they can make an informed choice about whether it’s the right treatment for them.”.

I agree with the above statement apart from the statement that the incidence of severe side-effects is “incredibly rare”. Such a statement needs to be based on reliable, independent research and I don’t believe we have the data to support this assertion at present. There also needs to be adequate support for those who choose not to take medication and those who wish to discontinue it. Many psychotropic medications have severe withdrawal symptoms and discontinuation needs to be done under medical supervision.

None of the above should be construed as medical advice. If you are concerned about your medication, please consult your medical professional.

Dennis Richards is a counsellor, psychotherapist and hypnotherapist. He is the Director of Rodney Street Therapies. 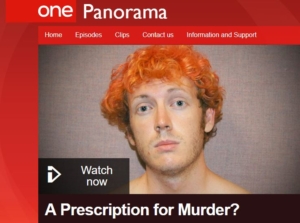 Every drug is a poison, and the art of medicine lies in finding the right dose. 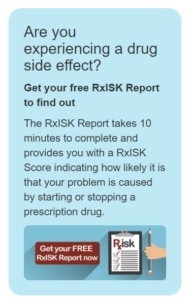 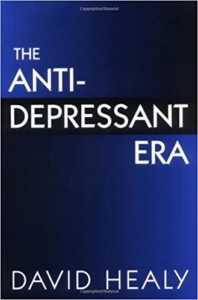 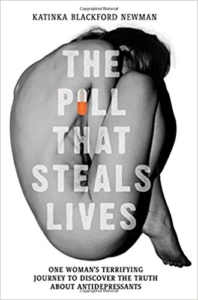 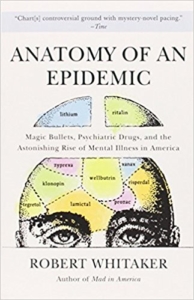 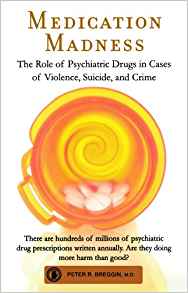 The  Critical Psychiatry Network  is a forum for critical thinking about alternative approaches to psychiatry.

RxISK is a free, independent drug safety website to help you weigh the benefits of any medication against its potential dangers.

https://beyondmeds.com/ Alternative approaches to and politics of mental health.

The Pill That Steals Lives  a not for profit organisation that publicises the dangerous side effects of SSRI antidepressants founded by documentary film maker Katinka Blackford Newman.

Psychiatric Drug Facts the website of Dr Peter Breggin, a Harvard-trained psychiatrist and former Consultant at NIMH who has been an expert witness in many drug-related trials.